Soundsfair is the latest music festival produced by Java Festival Production, who have been organising festivals like the Jakarta International Java Jazz Festival, Java Rockin’ Land and Java Soulnation since their inception. Different tastes could be seen in this current festival, because it was the first all-indoor art and music festival in Indonesia.

For Soundsfair, Wooz.in handled 3 clients at once: Garuda Indonesia, Guinness and Indofood.

Garuda Indonesia was the main sponsor of the event, and worked together with Wooz.in to utilise our technology for social media activation and database collecting. Participants first had to register using their social media accounts to take pictures at the social photobooth, and receive a photo printout. Those who registered would also be emailed a special discount code to buy Garuda Indonesia flight tickets.

As part of their booth experience, Wooz.in was tapped by Guinness to provide branded social media photobooths at both Guinness booth locations. Every participant who registered with their social media accounts and took photos at the photobooth, received an exclusive Guinness RFID wristband, and could hang out at the Guinness lounge set up at one of the booths.

Indofood engaged Wooz.in to execute several activities and applications to run at some or all their retail booths:

From all activities above, Wooz.in was able to provide the collected customer database and insights, activity tracking and social media impressions. 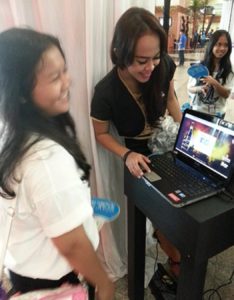 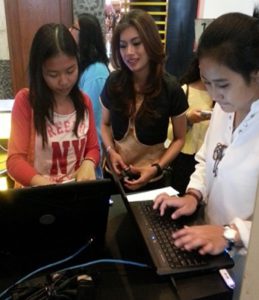